COP26 – A climate conference we have been waiting for

COP26 – the 26th annual summit of the conference of the Parties – will take place in Glasgow from 31st October to 12th of November 2021. It is the most important annual climate conference and was initiated three decades ago by the United Nations. After not taking place as planned in 2020 due to the global COVID-19 pandemic, COP26 deals with exceptionally high expectations from governments, companies, and the civil society alike. The reasons for this are manifold, however three of them stand out.

The climate crisis is still our biggest problem: While most of global attention was focused on fighting the pandemic in the last 18 months, the climate crisis continues to be the most complex and crucial challenge we are facing. Moreover, we are already in a transition period of the climate crisis, a period in which negative impacts of climate change are not only theoretical anymore but more and more visible across the globe. For instance, 2020 ranks as the second hottest year on record, while 2016 ranks first and 2019 third. In 2021, the western part of the United States faced a “severe drought of historic proportions” while parts of Europe experienced unseen flooding, caused by heavy rainfall which is “made more likely by climate change”.

What is on the table right now to tackle the climate crisis is not nearly good enough: The organization climate action tracker has been translating global climate commitments and actions into an estimated increase of global mean temperatures by 2100. The most recent analysis shows that current policies will lead to an increase of temperature by 2.9°C, while even the pledges and targets already communicated will still result in a 2.4°C increase. Confirming this, the UN Secretary General, António Gutierrez, stated in September 2021 that the world is currently on a “catastrophic pathway” and that immediate action is necessary.

Climate action needs climate finance – and now is a great opportunity to push it: Already at COP15 in Copenhagen 2009, developed countries committed to mobilizing an annual amount of USD 100 billion from various sources to finance mitigation and resilience projects in developing countries. More than ten years later, this goal has not been reached. According to the OECD, Climate funding mobilized reached slightly less than USD 80 billion in 2020. At the same time, countries all over the globe have started a significant public spending bonanza in 2020, adding almost USD 20 trillion to global debt, as a response to the pandemic. While investments first focused on stabilizing economies, saving jobs, and strengthening the health system, we now see a transition to long-term investments aiming at sustainably rebuild economies. This is a unique chance for climate action. Investing in renewable energy generation, electrified transport, a decarbonized industry, as well as more resilient urban and rural areas can combine post-pandemic rebuilding with a decisive push for climate action.

COP26 brings together various government leaders, business executives, NGOs and civil society groups to address the status quo of global climate ambitions and, ideally, create stronger commitments, both in terms of climate action, as well as climate finance. But how likely is a successful COP and what are the benchmarks for success?

Defining a successful Conference of the Parties

In the past, we have witnessed both successful as well as (not so) successful COPs. Let us take a quick look at two examples.

COP15, hosted in 2009 by Denmark in Copenhagen, is broadly considered a conference that did not meet the expectations of a broad group of stakeholders, including negotiators, climate scientists and climate activists. Already back in 2009, hopes were high that a binding treaty, comparable to the now established Paris Agreement, would be reached. Instead, the Copenhagen Accord was presented, which just acknowledged the overwhelming scientific evidence of manmade climate change and its dire consequences as well as a long-term commitment to limiting temperature increase to 2 degree Celsius compared to preindustrial levels. However, the agreement on how to achieve this goal was not formalized. While some climate change experts considered this still an acceptable result, others criticized it in a much harder tone, stating that “Copenhagen was a spectacular failure on many levels”.

COP21, aka the COP that resulted in the Paris Agreement, is considered as significant success for not only the conference participants but the global community as such. Described as a “diplomacy masterclass in search of greater climate ambition” or a “historic, but still fragile milestone for climate change”, it resulted in several key elements defining todays global and national climate agendas. Most importantly, the adoption of the ‘first-ever universal, legally binding global climate deal” which not only includes the famous 1.5°C ambition but also a framework that encourages countries to present ever more ambitious mitigation and adaptation goals. These goals are translated into Nationally Determined Contributions (NDCs). Parties that ratified the Paris Agreement bring forward more ambitious NDCs every 5 years, not only guiding investment and implementation plans but also allowing for monitoring and evaluation of climate action.

A short preview: what could happen at COP26

So, what is to be expected of COP26? 4 goals are mentioned on the website of the conference.

While UN Secretary General Guterres points out that this conference must be a turning point, the vague formulation of the COP goals leaves room for interpretation of how this turning point can be reached. However, there are certain elements that will be crucial for the definition of success in a post-COP26 analysis.

Ambition, ambition, ambition: After the introduction of the NDCs as a result of COP21, this conference will be the first one to analyze updated, and more ambitious NDCs. As of end of July 2021, 113 parties of the conference submitted new or updated NDCs. Considering only these countries, greenhouse gas (GHG) emissions are set to be cut by 12% in 2030 compared to 2010 levels. However, considering the NDCs of all parties (updated and not updated), GHG emissions are set to increase by 16% in 2030 compared to 2010 levels. While an increase of GHG emissions in 2030 compared to 2010 levels would be the absolute worst-case scenario, even a reduction of 12% is by far not enough. Instead, the United Nations stated in 2019 that an annual reduction of 7.6% in the 2020 decade is necessary to meet the 1.5°C target. Therefore, a successful COP26 will have narrowed down this ambition gap as much as possible – keeping 1.5°C within reach. Additionally, a big emphasis needs to be placed on climate change resilience. Presenting a set of concrete efforts to mainstream[1] resilience into the considerations of public and private stakeholders could be another important factor of success for COP26.

Money matters: This COP is central to close the gap in the USD 100 billion pledge first articulate at COP15. Ideally, actionable plans and funding commitments to realize a yearly USD 100 billion climate package are presented at COP for the next 4 years, together with a negotiation pathway to increase this amount further in the second half of the decade. Besides that, a formalization of a loss and damage financing scheme could be another outcome of the conference mobilizing additional resources. At COP25, the Santiago Network, a platform to mobilize support for climate resilience awareness and action in developing countries, was introduced. Building upon this, the loss and damage financing scheme would aim at reimbursing developing countries for already materialized negative impacts of climate change. More generally, any additional push to align public and private money with the net zero and resilient development pathway could be considered a success for the conference.

Broaden and deepen the global climate rulebook: Apart from the two big topics of ambition and finance, various agreements on broadening global climate action as well as on details of the functioning of the Paris Agreement can be expected. While the first should focus global climate action on certain topics not necessarily mentioned explicitly in the Paris Agreement, the second should ensure that the Paris Agreement is functioning well. For instance, a commitment to cut global methane emissions is expected to be announced at COP26. Methane is around 84 times more potent than carbon dioxide in terms of its 20 year global warming potential. Although cutting carbon dioxide is key for long-term stabilization of temperatures, the Intergovernmental Panel on Climate Change (IPCC) recommended in its latest report to consider options to cut methane faster than foreseen to slow down global warming. Indeed, methane emissions could be cut by 57% until 2030 with already existing technologies, a study finds. In terms of the Paris Agreement, further progress should be expected in terms of rules for carbon markets, common timeframes for NDCs and the provision of transparent information on country climate progress. In short, the more initiatives and guidelines on how to effectively face climate change are presented at COP26, the bigger the success of the conference will be.

More than anything – we need the momentum to continue

In recent years, the momentum has been growing to actively handle the global climate crisis, fueled by the Paris Agreement, civil movements like Fridays for Future, commitments by governments, for instance recently by the United States to cut emissions in half until 2030, and, most of all, a scientific basis that has never been clearer and more elaborated. Creating and maintaining the awareness that the climate crisis is the biggest challenge of our lifetime, showing potential solutions and acting upon them is of upmost importance. It is imperative that the conference contributes to further accelerating this momentum. Ideally, participants are returning from Glasgow with a stronger action plan, global support, more motivation, and more resources to combat the climate crisis. This would also help to further stimulate the engagement of the civil society and private companies. Showing that the global community can work together on the most complex topic of our time in a determined and positive way can have a significant signaling effect, further incentivizing faster and more structural climate action. Only then a 1.5°C future remains within reach.

P.S.: What does that all mean for POW?

Well – as with every global event, it takes time until concrete measures trickle down the governance structures to our local and regional level. However, the signaling effect mentioned above can create faster impacts. For instance, if COP26 highlights specific topics, such as strengthening resilience and natural habitats, it might as well be that we see local and regional stakeholder emphasizing these topics much more often soon with respect to the Sub-Alpine and Alpine habitat. In the longer run, it can be expected that stronger commitments, e.g., for emission mitigation, will be translated in national regulations. This could in turn impact our day-to-day lives (e.g., net-zero standards for housing, increase financial support for decentralized electricity generation, faster implementation of electrified transport infrastructure, etc.). Lastly, it can give POW and other NGOs in the region a boost to promote ideas, plans and actions – and protect our winters.

Andreas Fazekas, the author of this blog article, is member of POW Austria’s Science Alliance. Professionally, he works as climate change consultant at the Inter-American Development Bank.

[1] To integrate a certain topic into regular planning efforts 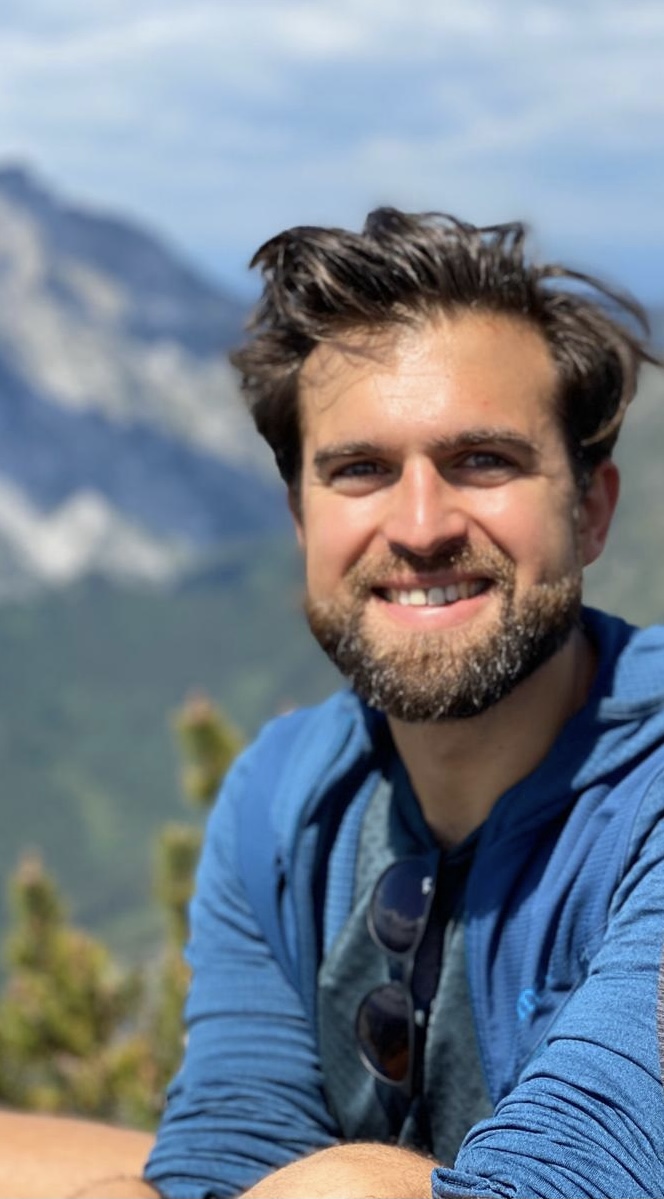